“The Acting Studio - New York, one of the most excellent schools in New York City.” from Stagecraft - by Robert Blumenfeld

In spring of 2011 Robert Blumenfeld, actor and dialect coach, had his latest book published by Limelight Editions titled,   "Stagecraft: Stanislavsky and External Acting Techniques: A Companion to Using the Stanislavsky System."  Mr. Blumenfeld is also the author of Accents, Acting with the Voice, Tools and Techniques for Character Interpretation, Using the Stanislavsky System, Blumenfeld’s Dictionary of Acting and Show Business, and Blumenfeld’s Dictionary of Musical Theater—all published by Limelight Editions.  In speaking about the Meisner technique in his book Mr. Blumenfeld says, "The Meisner Technique is one of the most important taught to contemporary actors, not only at the legendary Neighborhood Playhouse, but also by James Price, a protégé of Sanford Meisner and a Playhouse graduate, at the studio Mr. Price founded and runs, The Acting Studio - New York, one of the most excellent schools in New York City."  Thank you Mr. Blumenfeld.  The Studio wishes to acknowledge its long-standing regard for this most erudite lover of acting for his outstanding contributions to the craft and the theatrical arts.  Mr. Blumenfeld's books may be easily purchased online at dealoz.com. 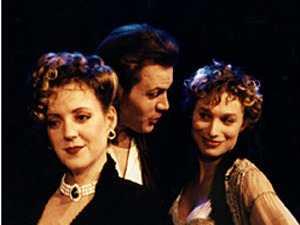